After a manufacturing of countless days and nights, the EAST team has finally completed its manufacturing task, namely six bottom correction coils (or BCCs) for International Thermonuclear Experimental Reactor (or ITER) and lower divertor’s 456 tungsten plasma facing units (or W-PFUs) for WEST facility operated by French Atomic and Alternative Energy Commission (or CEA).

To mark this milestone in the history of collaboration between EAST and its international partners, a ceremony to celebrate delivery of those coils and units was held bilaterally via video conference on Sept.22.

The two tasks are totally completed by the Institute of Plasma Physics, Hefei Institutes of Physical Science (or ASIPP, HFIPS).

Six of the total eighteen CCs

The BCCs, starting its marine transportation soon, are the firstly-delivered batch of correction coils (CCs) for ITER. Actually, there are in total eighteen CCs all of which will be arranged toroidally around the machine inside the poloidal field superconducting coil (PF coils) and mounted on the toroidal field coils (or TF coils) as part of the ITER magnet system.

Frequent for many ITER components and systems, the manufacturing of CCs “pushed the borders of science technology” and has “presented many challenges”, according to Bernard BIGOT, Director General of ITER Organization.

Each CC is composed of winding pack, coil case, insulation flange, terminal service box and so on, working together on reducing magnetic error fields caused by imperfections in the position and geometry of the principal coils.

In addition to the six BBCs, delivered on Tuesday’s ceremony, the twelve more CCs (six top CCs and six side CCs) are under manufacturing by the same institute.

As one important partner of ITER China working group, ASIPP, HFIPS undertakes nearly 80% of China's ITER procurement package. ITER PF6, completed by the team also considered as the heaviest and most difficult superconducting magnet manufactured in the world has arrived ITER Site in June this year after a three-plus months marine transportation.

A collaborative project under SIFFER

Within framework of the WEST project, the CEA’s Tore Supra (TS) tokamak at Cadarache has been upgraded to an X-point divertor machine. This transformation essentially consisted of introducing internal coils at both the top and the bottom of the vessel to create the X-point configuration. The WEST configuration is symmetric with respect to the equatorial plane, providing two divertor targets, the upper target and the lower target.

As “one of the essential elements of fusion machines ensuring the extraction of heat flux and impurity particles,” explained by Jerome BUCALOSSI, director of Institute of Magnetic Confinement Fusion within CEA, the divertor is key to WEST.

The W-PFUs delivered this time is the lower divertor of WEST facility. Based on monoblock concept, each WEST element that is so-called ITER-like tungsten follows a design and a technology as similar as possible to that adopted for ITER divertor. Each WEST PFU is composed of 35 tungsten monoblock tiles assembled with a gap of 0.5 mm in-between on a CuCrZr heat sink tube.

Tungsten (W) Divertor Project is implemented, as the first collaborative project, under the collaborative framework of Sino-French Fusion Energy Center (or SIFFER) formed by ASIPP, HFIPS and other fusion-related institutions of China and France. EAST Team won the bidding to manufacture W-PFUs in 2018 and made enormous effort to overcome technical difficulties to ensure the components mass production as well as to meet ITER-level quality requirement.

Through the divertor has been delivered, their collaboration under SIFFER continues focusing on “physics and technological issues for ITER and next step fusion devices”, according to Jerome BUCALOSSI.

The completion of the two sets is “never the results of luck” remarked by Gabriele FIONI, Director of Auvergne-Rhone-Alpes regional commissioner for higher education, research and innovation, it is a success rooted from “already 40 years that researchers, engineers and technicians work together”.

Friendship and mutual understanding between China and international partners starts early and never ends. As the ITER general machine assembly began in July, fusion community worldwide is heading hand in hand to ultimate realization of unlimited energy for all humans by continuely extending and expanding their cooperation. （ZHOU Shu report） 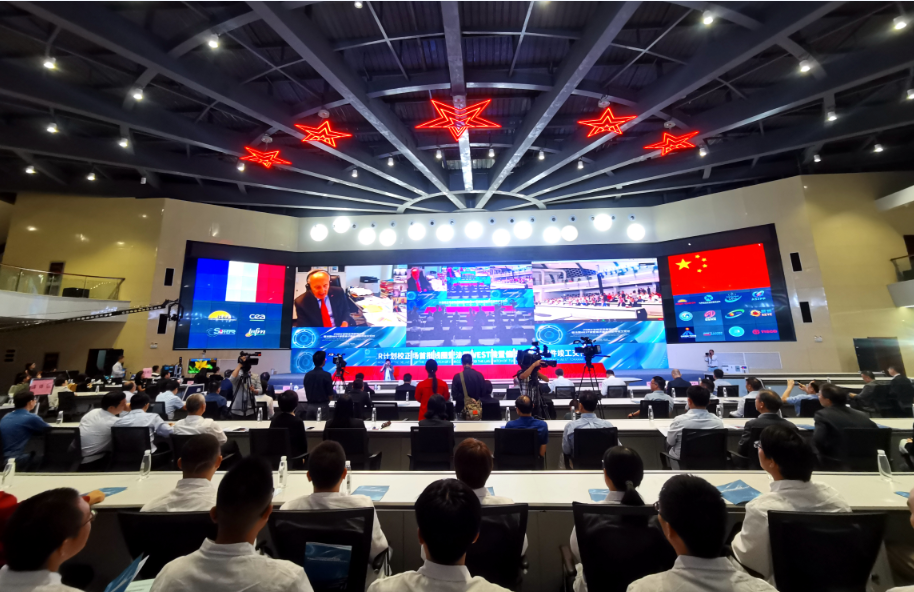 Delivery Ceremony on line in the Institute of Plasma Physics, Hefei Institutes of Physical Science (or ASIPP, HFIPS) (Image by WANG Tianhao) 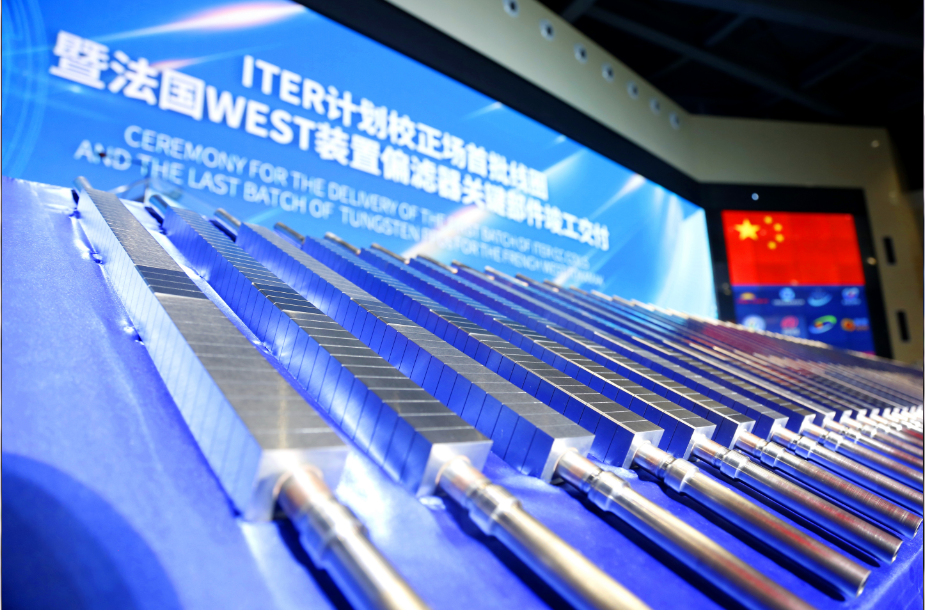